No products in the cart.

CHICKEN: Not any safer than red meat 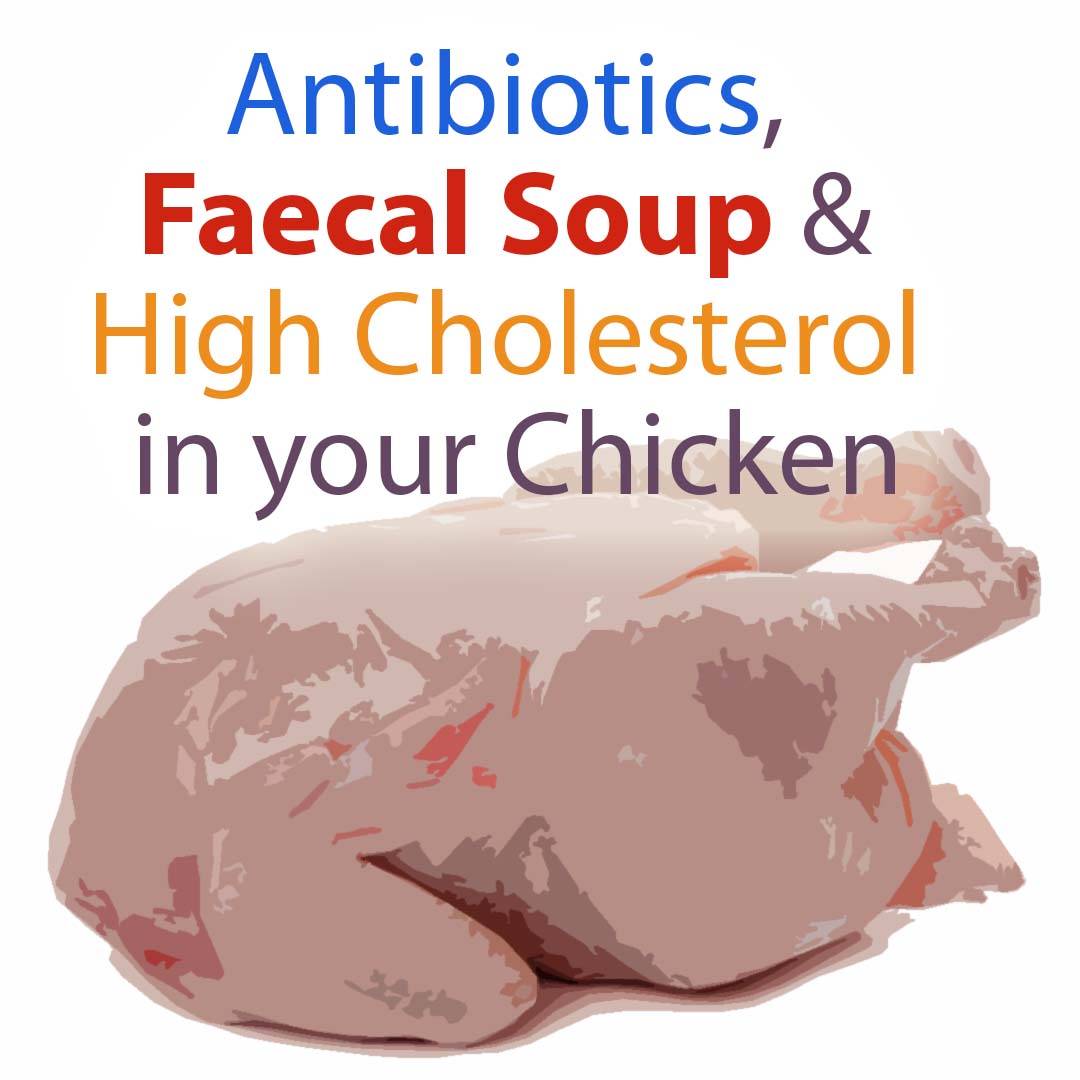 RAISED on chemicalised feeds, antibiotics and growth hormones, the chicken you eat can contain the residues of many toxic chemicals that accumulate in their flesh.

In 1998, CAP’s tests on chicken found them to be unsafe to eat — 89% of samples tested were found to have germs which were resistant to at least 1 of the 5 commonly prescribed human antibiotics used to kill it.

According to a study in 2018 (Journal of Food Protection), “The presence of residues of antibiotic in poultry and meat and meat products beyond the maximum permissible limits is a matter of serious concern”.

CAP in its surveys have found the indiscriminate use of antibiotics in commercial farms. In January 2016, CAP found the antibiotic erythromycin (now banned) widely available in shops selling animal feed.

In 2012, Sarawak banned the import of certain Ayamas processed food products due to the detection of banned chloramphenicol in a sample of chicken frankfurter.

This resistance can be transferred to humans when they eat the meat — it means that people with infections can be ill for longer periods and are at greater risk of dying, and that disease epidemics are prolonged.

In the US, when a TV news programme tested various chicken parts sold, they found over half of the birds to be contaminated with dangerous bacteria that usually originate from the guts and faeces of the animals during slaughter.

That is why poultry is the number one source of food-borne illnesses in humans in the US, causing an estimated 1,680 deaths per year and millions of cases of stomach upset or food poisoning.

In a survey on the poultry industry in the US, which interviewed federal poultry inspectors, it was found that poultry plants often salvage meat, cutting away visibly diseased or contaminated sections, and selling the rest as packaged wings, legs or breasts.

At slaughter plants there, thousands of dirty defeathered and degutted chickens are bathed together in a chill tank, creating a mixture known as “faecal soup” that spreads contamination from bird to bird.

US consumers pay for this “faecal soup” when they buy chicken since up to 15% of poultry weight consists of “faecal soup”. The US Department of Agriculture released a study in 1988 that conceded that washing does not adequately remove Salmonella germs left behind by faecal contamination, even after 40 consecutive rinses!

JUST AS RICH IN CHOLESTEROL

Many people, fearful of the high levels of fat and cholesterol in beef and other “red” meats, are eating more chicken, believing that poultry is a healthy alternative. They could not be more wrong.

Poultry also contains about the same amount of cholesterol as other meats. With modern production methods, it’s just as high in fat as other meats. The fat is in the meat and not just the visible yellowish mass that you can find and remove below the chicken skin.